It is common for scientists to live with enthusiasm each discovery or advance of their research, but that effort and passion rarely reach society in an understandable way. How to make accessible the knowledge about the oceans to the public is one of the great challenges launched by UNESCO through its initiative “Ocean Decade” which is committed to ocean literacy. Scientists meet Artists emerges as a meeting point for establishing the dialogue between two very diverse disciplines: Science and Art. For a year, research staff mainly from the Campus do Mar network, specifically, from the Marine Research Centre of the Universidade de Vigo, Universidade do Minho, Universidade de Santiago de Compostela and the Spanish Institute of Oceanography, were collaborating with illustrators who develop their work in Spain and Portugal. Each researcher contributed with their scientific knowledge, while the illustrator reflected that concept and content on each sheet. Thus, each sheet is the result of the common work between two distant disciplines, both with their own language, which were able to make the oceans a meeting place. Twelve sheets of different styles and themes have been created to be discovered in detail, and which have been developed in such a way that children are the main target audience of this first Scientists meet Artists initiative. The sheets are available to be colored by them, the children. Each sheet is associated with educational content, accessible through QR codes, so that adults have resources to answer the always ingenious questions of children while coloring. We invite you to discover them and of course, to enjoy them.

Convert your PDF to digital flipbook ↗

Below you can download the individual sheets from the notebook. 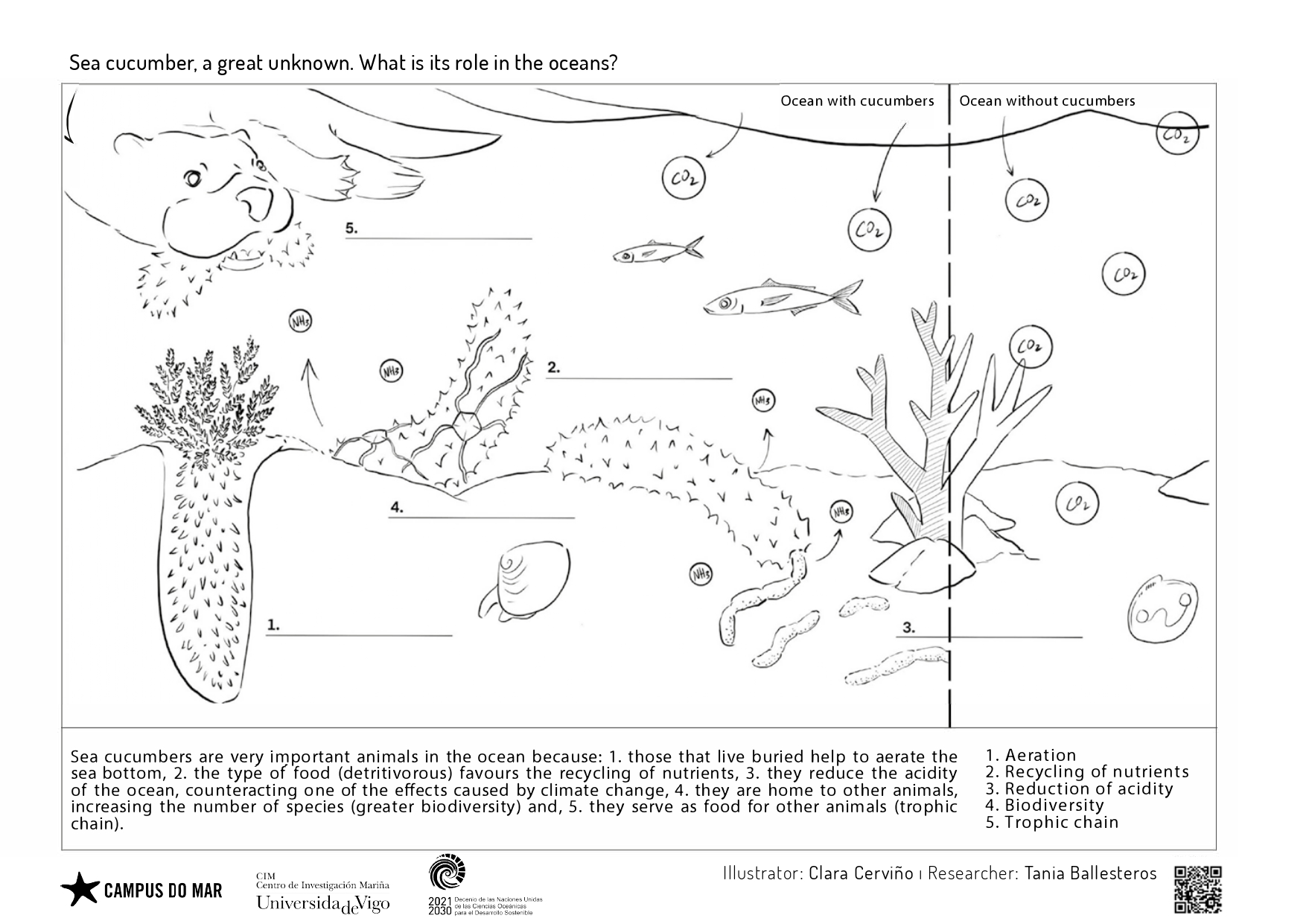 01 – Sea cucumber, a great unknown. Which is its role in the oceans? 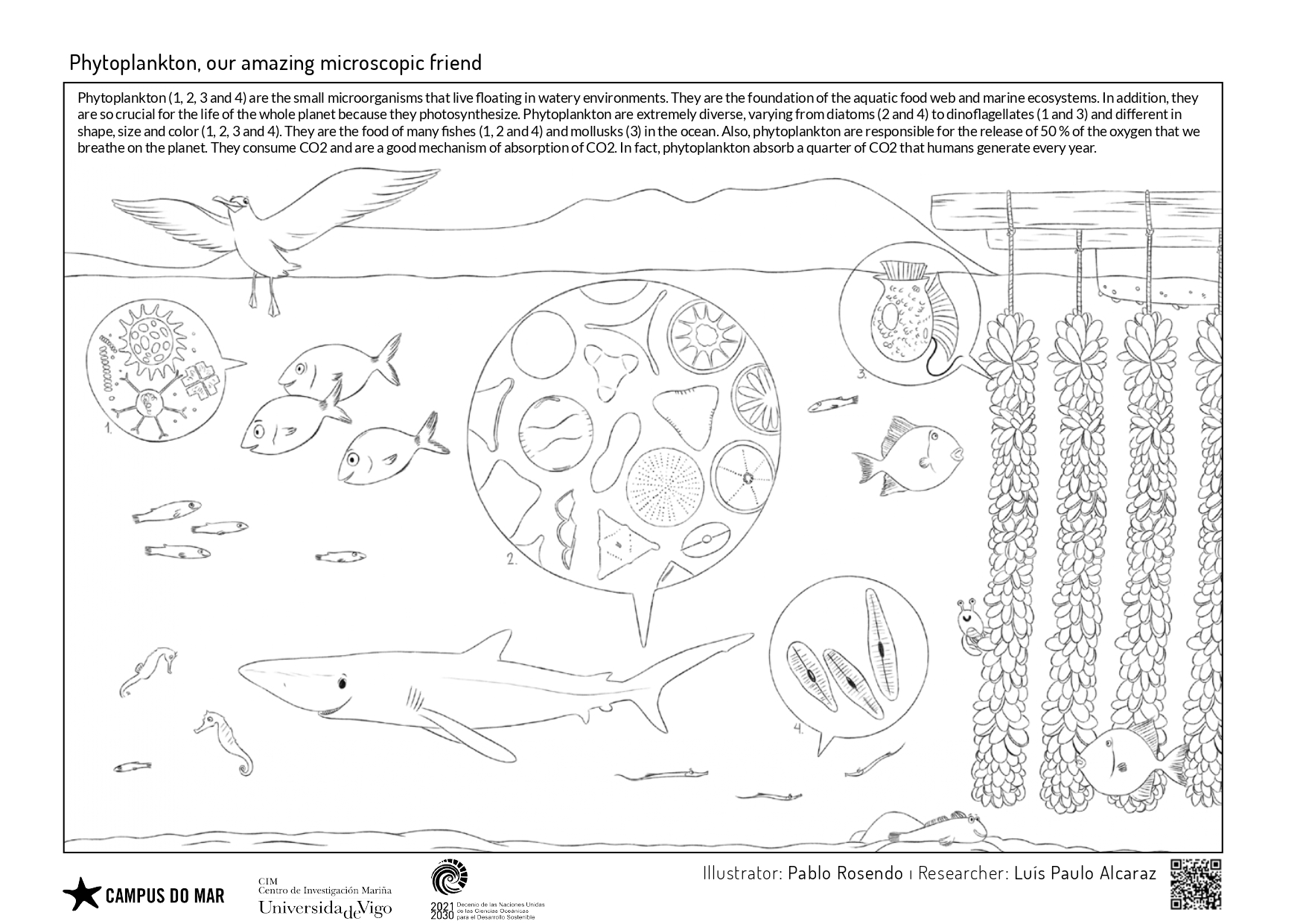 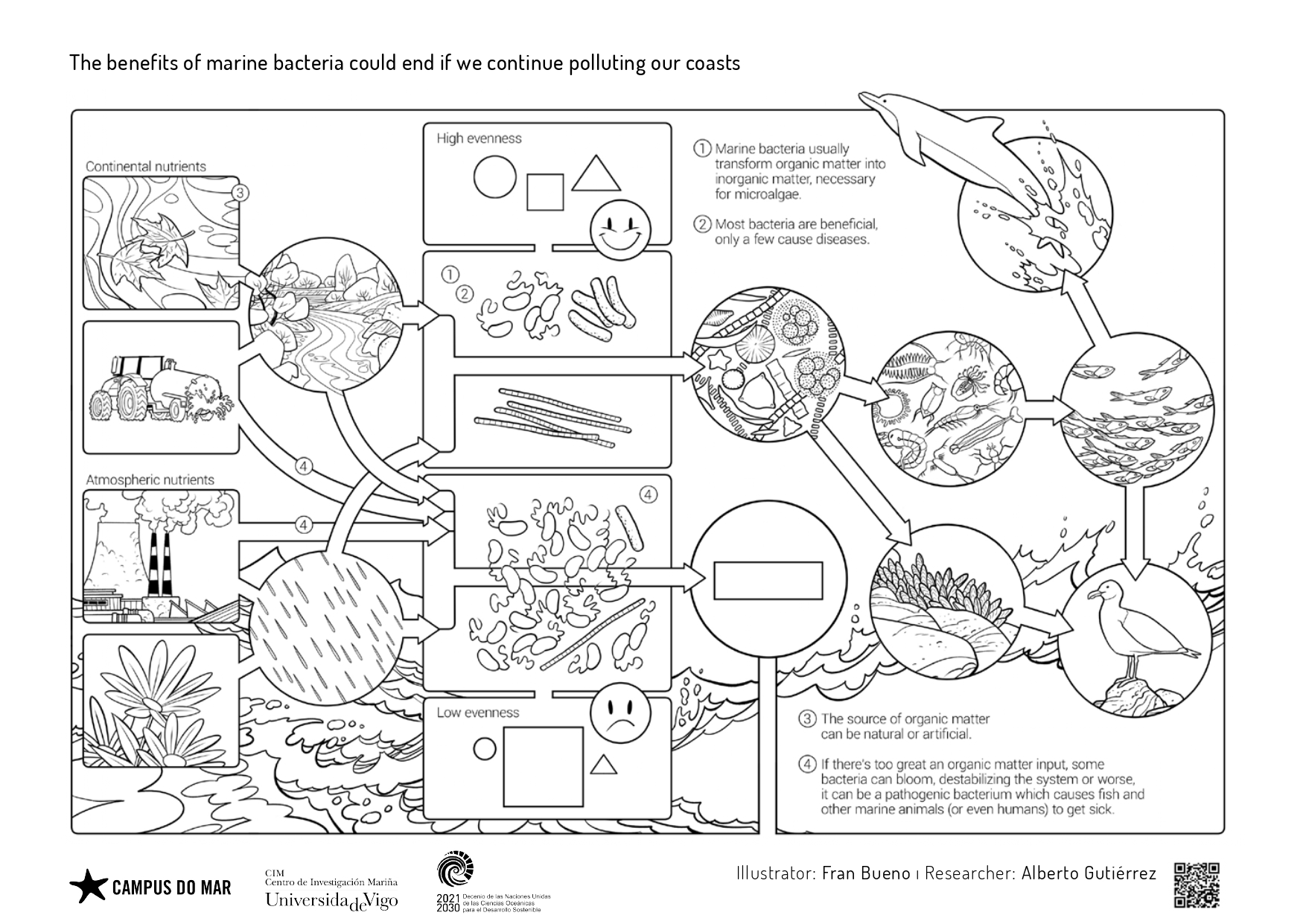 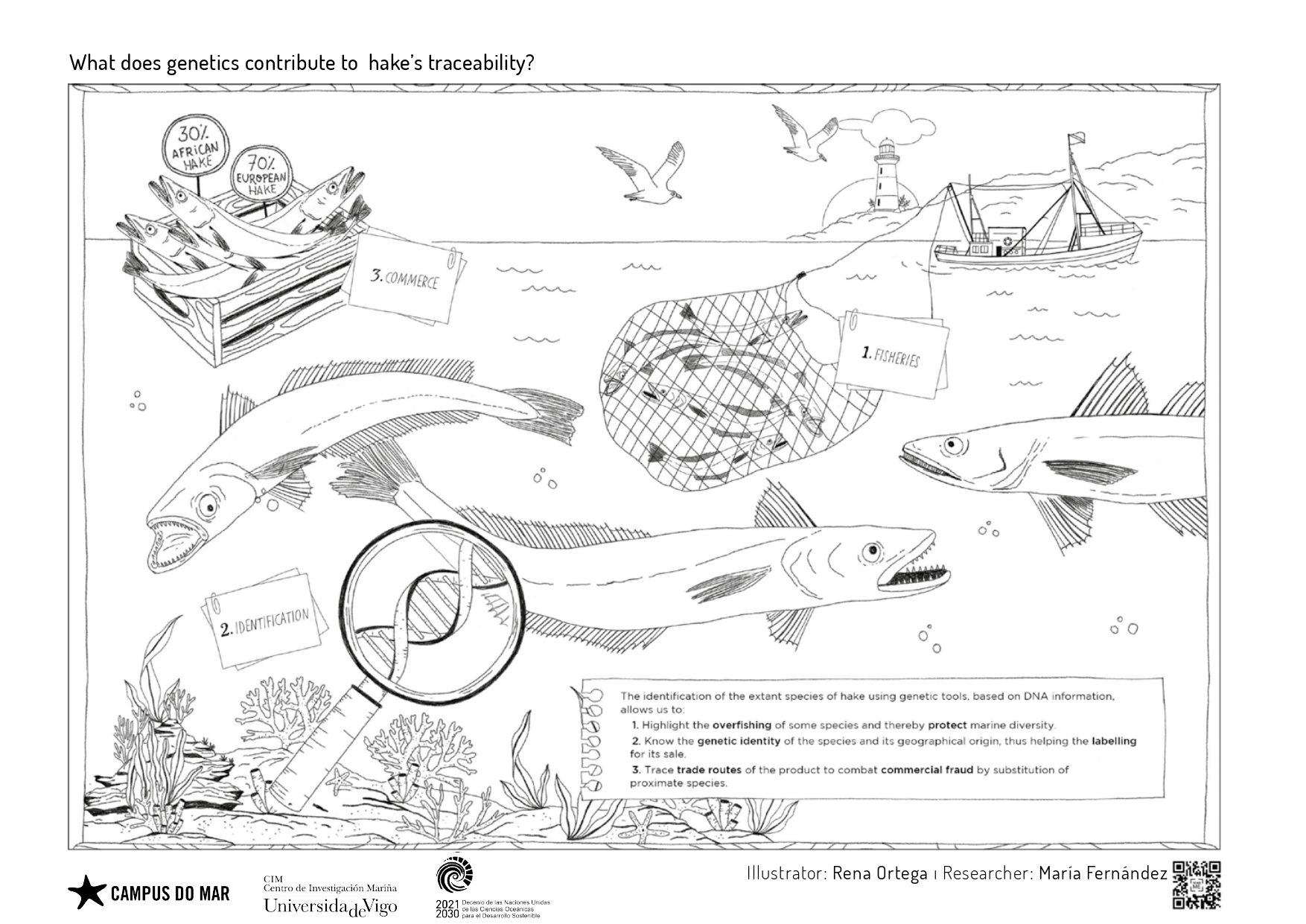 04 – What does genetics contribute to hake’s traceability? 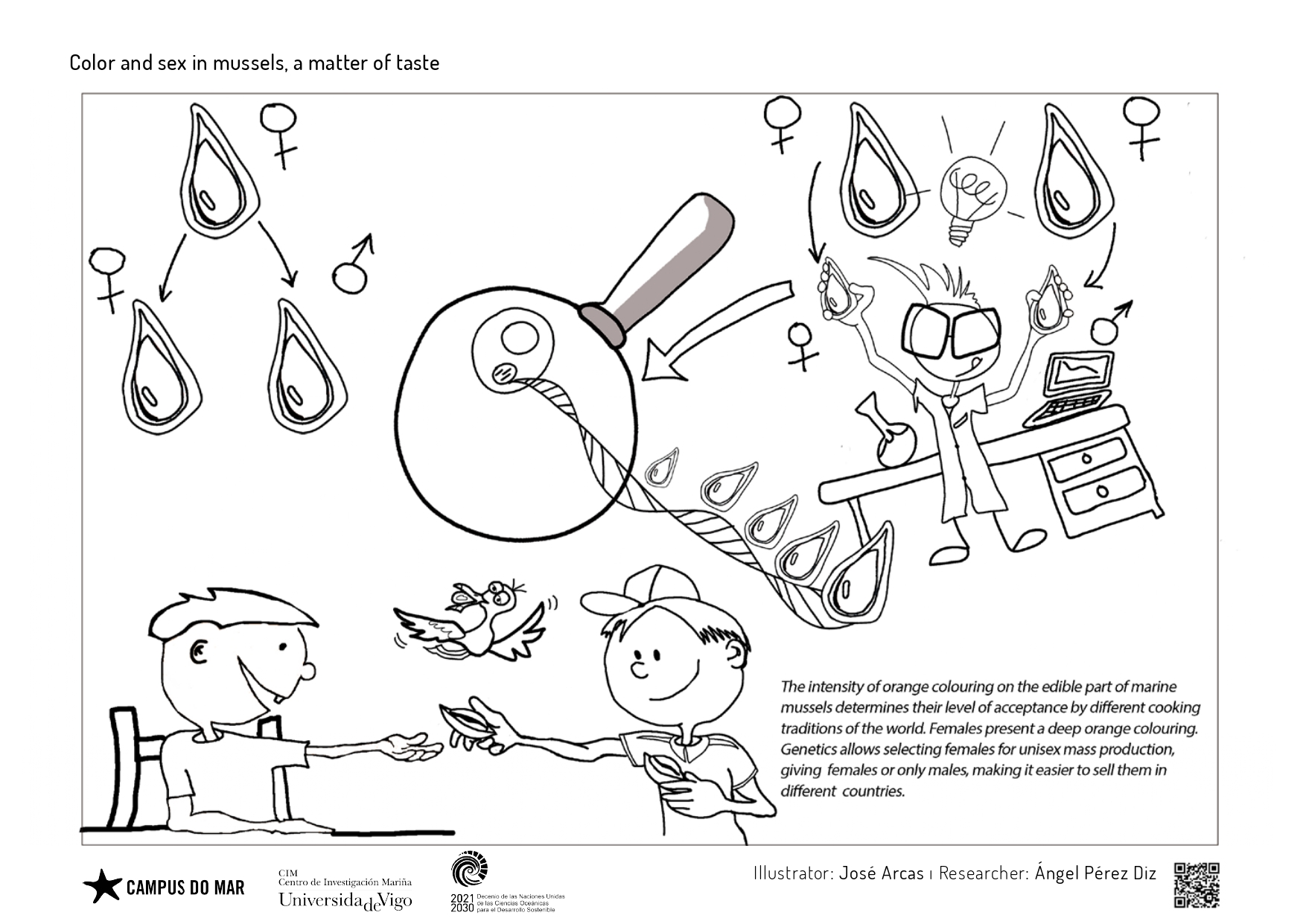 05 – Color and sex in mussels, a matter of taste 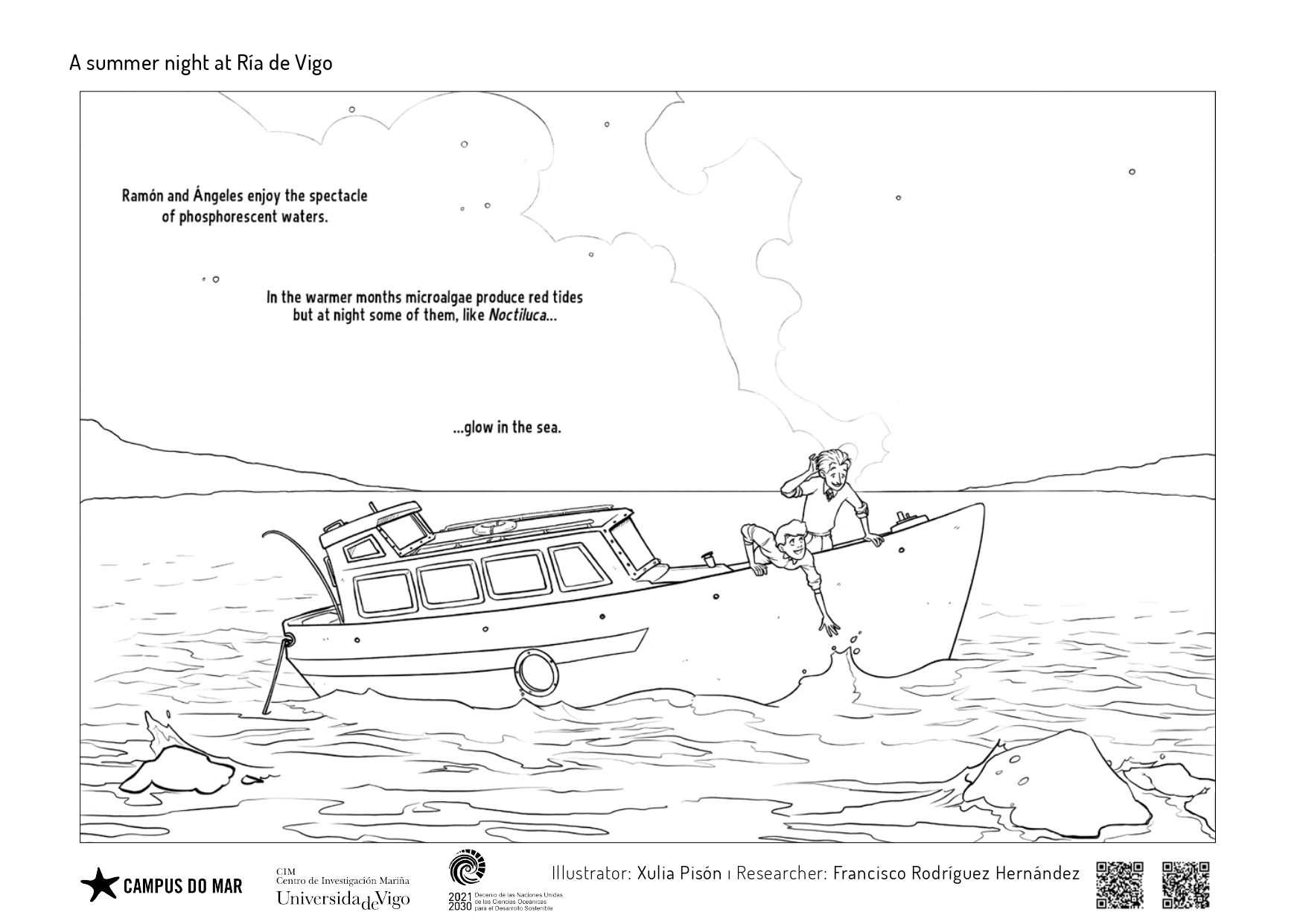 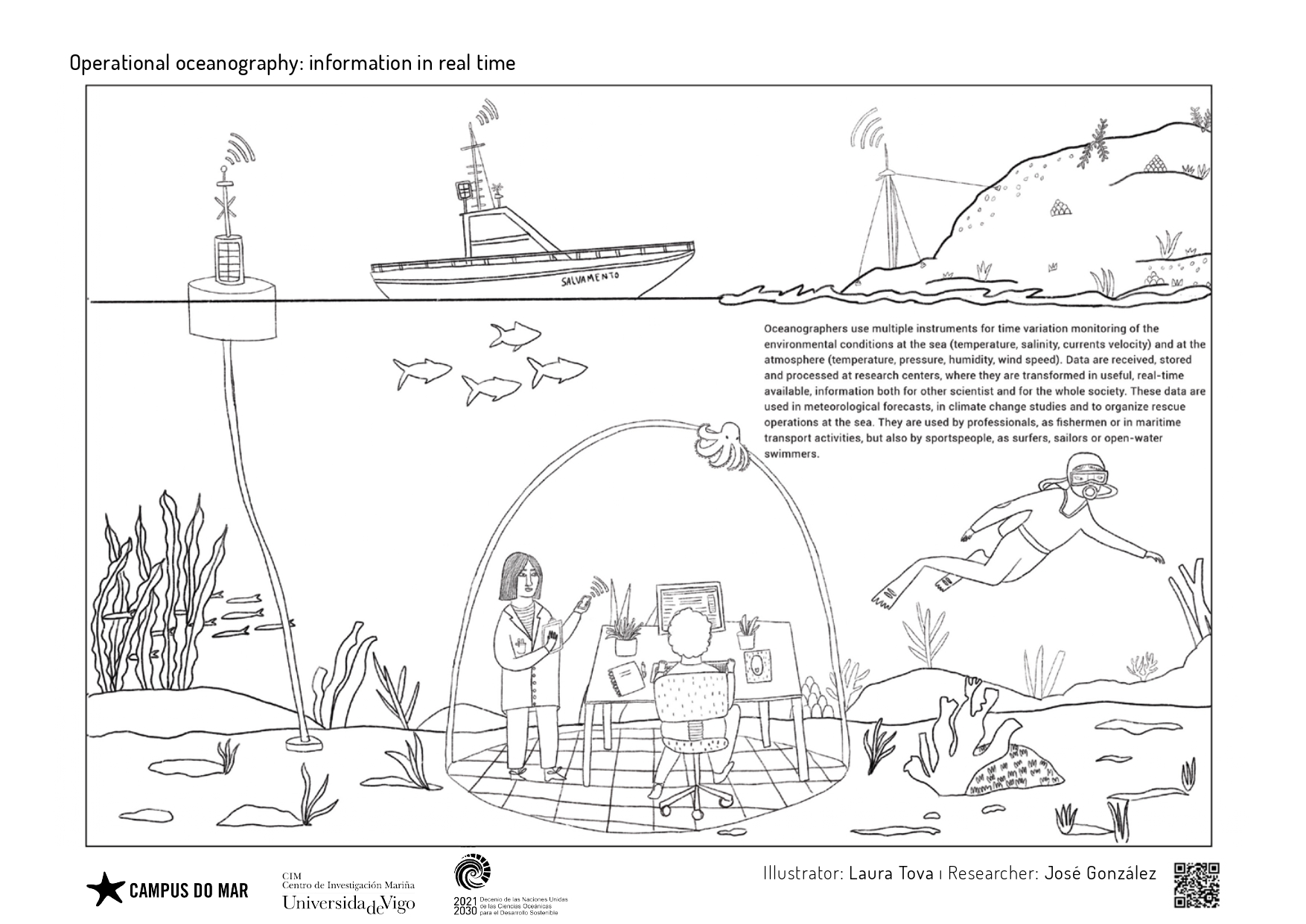 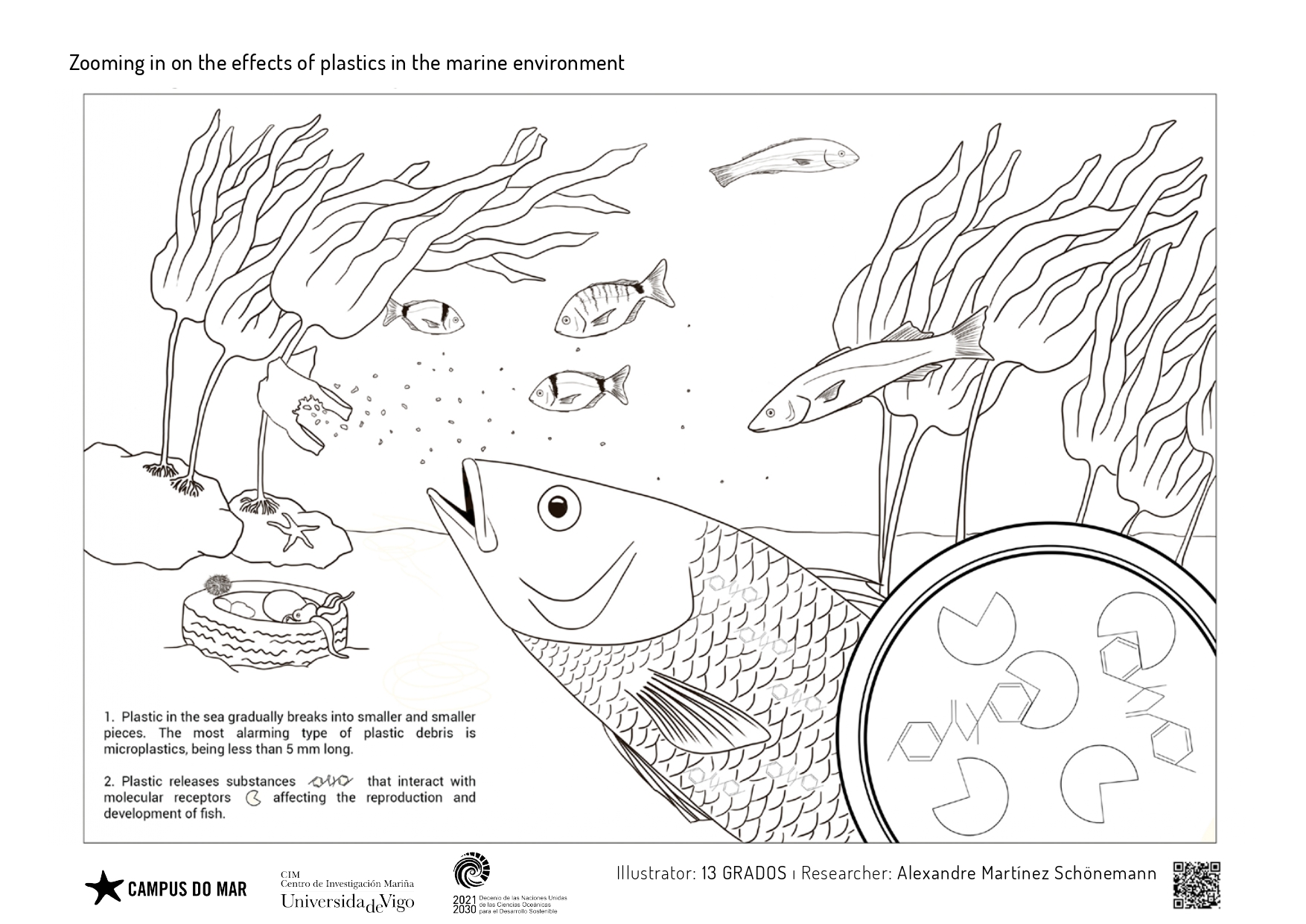 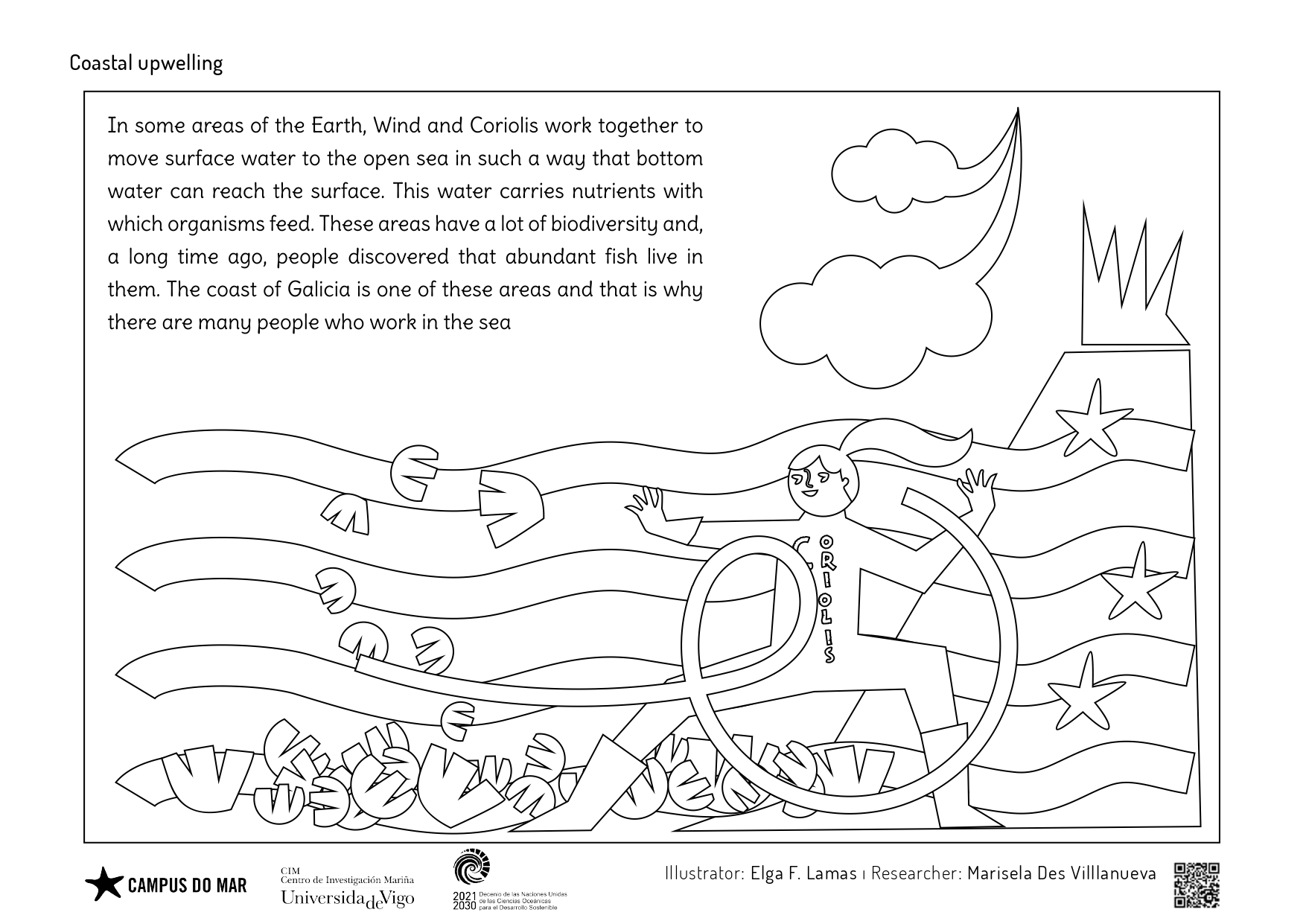 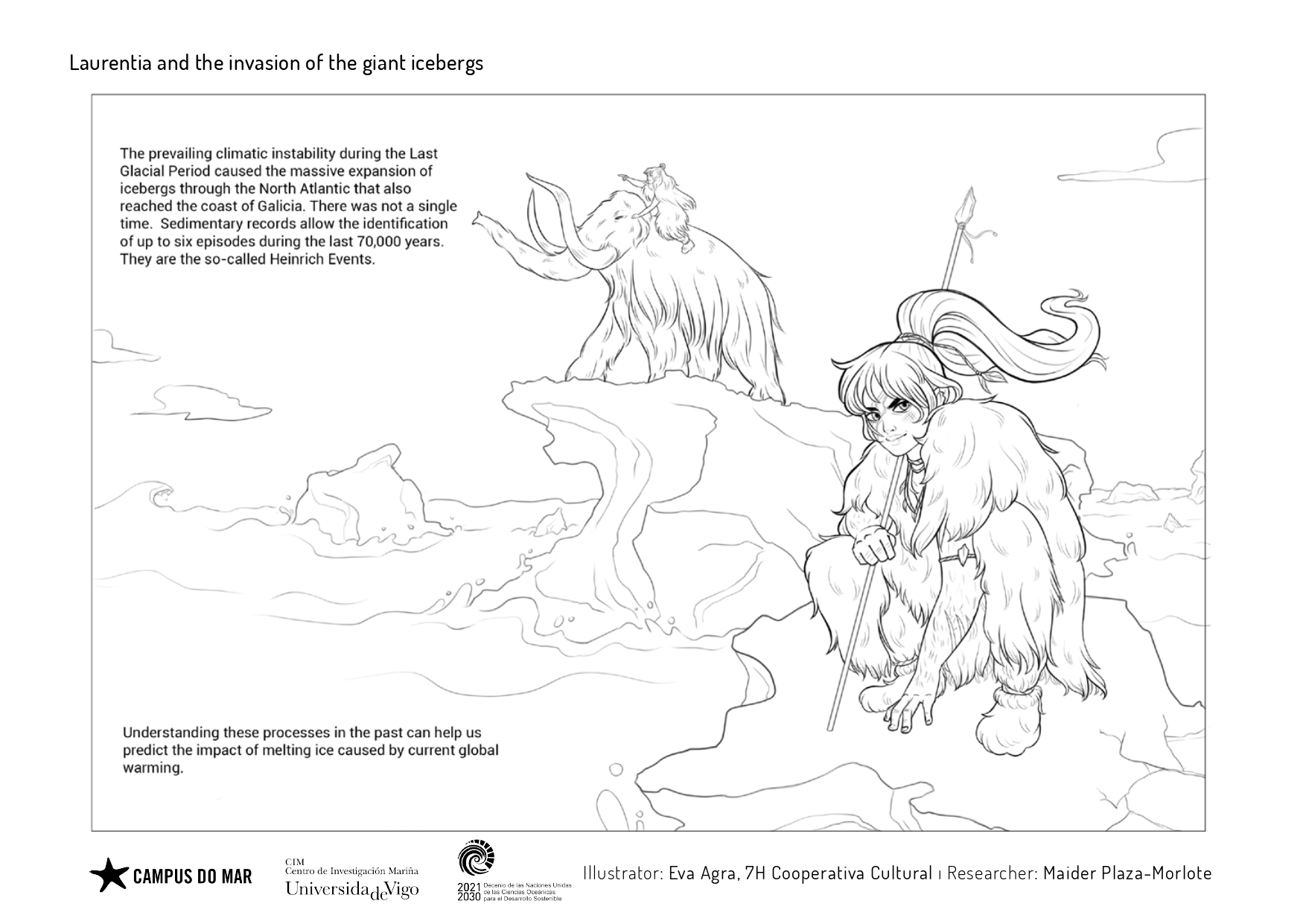 10 – Laurentia and the invasion of the giant icebergs 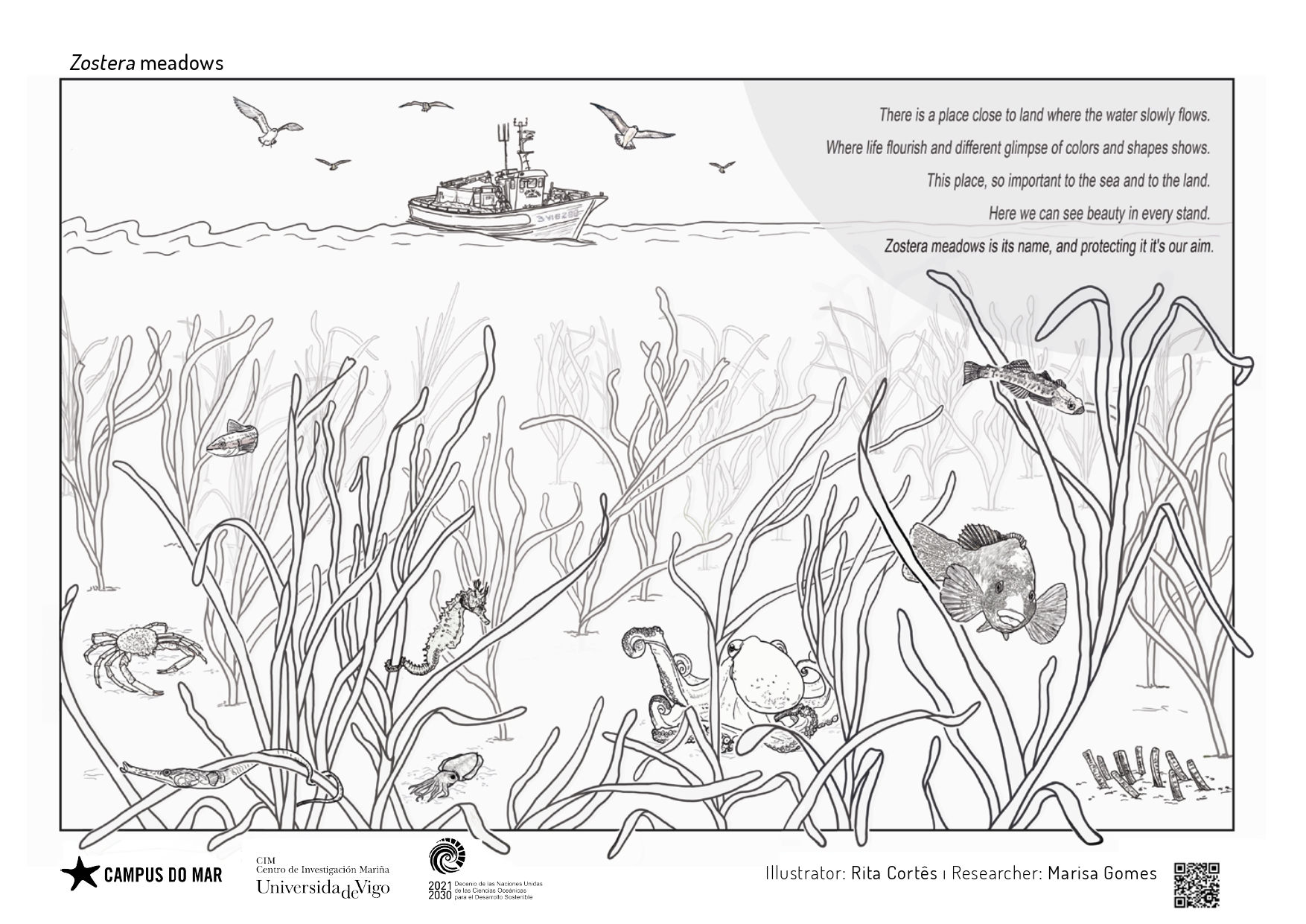 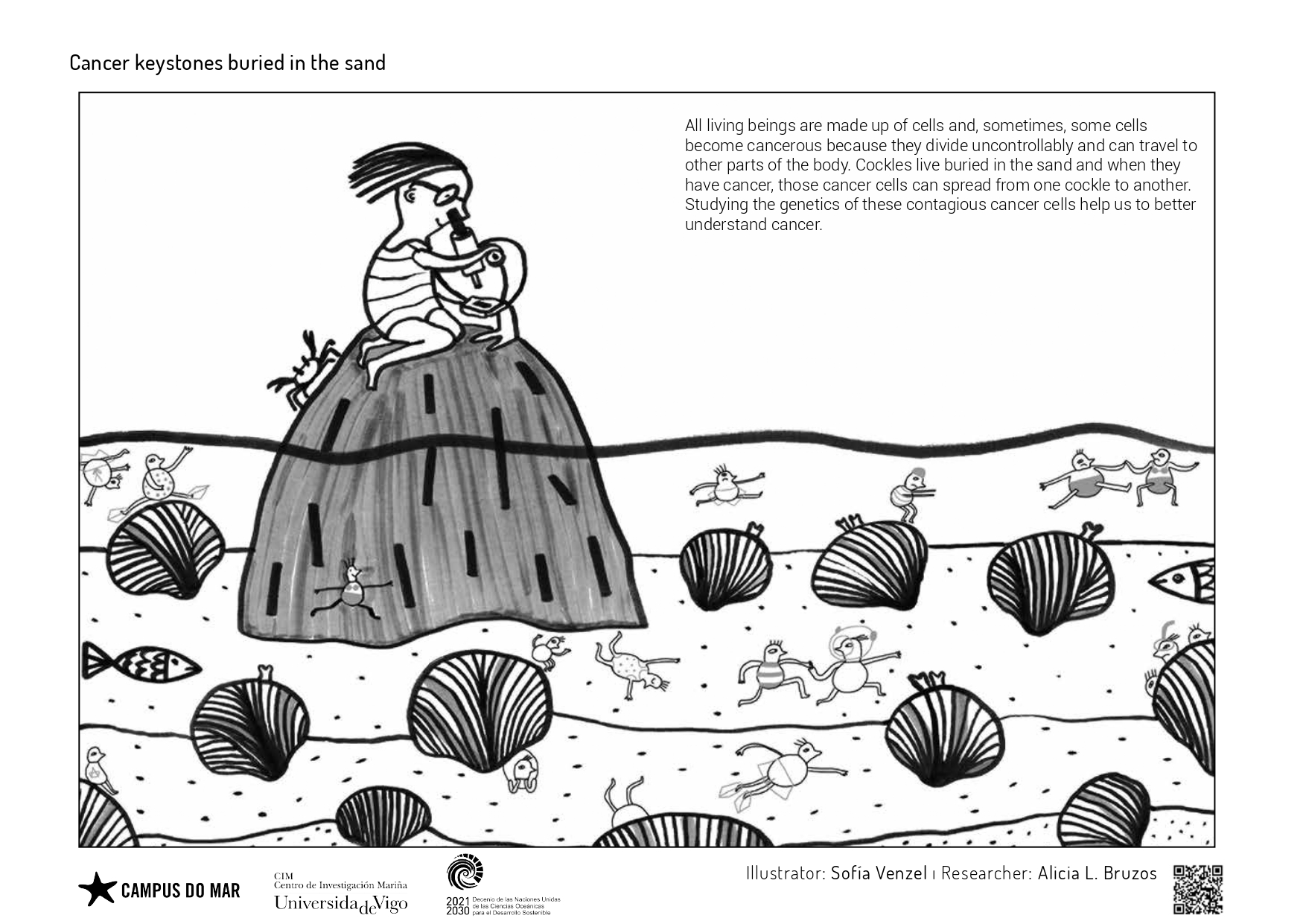 12 – Cancer keystones buried in the sand